We visited Dachau Concentration Camp on our way to Munich from Nuremberg. The day was grey and drizzly, which serves as the mood for a visit to this site. We read there was a debate after the war about what to do with all of these sites in Germany such as Dachau and Nuremberg’s Documentation Center. The decision was made to preserve these sites so visitors can always learn what truly happened here, and are better equipped to know how to stop things that happened in WWII from ever happening again. 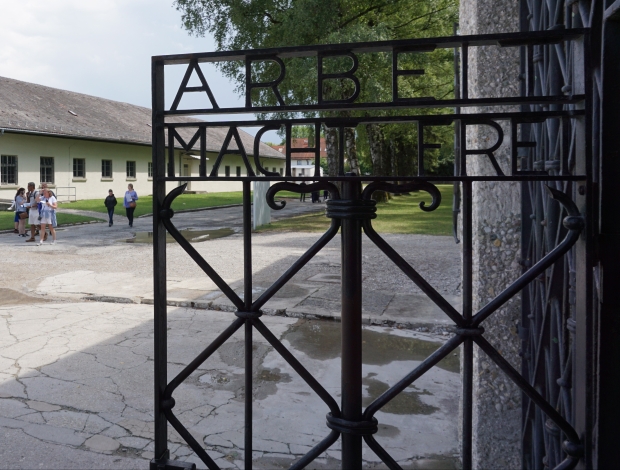 Our visit started by walking through the same gate the prisoners walked through. The phrase “Arbeit macht frei” is on this gate. This phrase was on the entrance to several camps in the concentration camp system. It means “work sets you free”. Dachau was the first concentration camp opened in a system that grew to over 100 camps. Initially it was used in the 1930s to hold political prisoners. Later in the war it became what we all associate with the words concentration camp.

There is a detailed, heartbreaking exhibit in the former maintenance building. We learned about the concentration camp system, about Dachau, about its prisoners, about the life of prisoners, and the ultimate fall of the camp. There is a film in this area, but is recommended that children under 14 not see the film. We opted to pass this by as well. The visit is trying enough, and memories of our visit to the Holocaust Museum in Washington, DC mixed in with this visit, so we passed on the film.

Behind the maintenance building is a bunker where “special” prisoners were kept. Basically I’d say this is a solitary confinement building. You are able to walk down one hall and certain cells have displays in them or notes on who was imprisoned in the cell.

The International Monument is located between the bunkers and maintenance building. This is currently being restored, but the scrim bears an idea of what the building would look like with the monument in place. Below the monument are the ashes of unknown prisoners and the words “Never Again” on the wall in English, German, French, Hebrew, and Russian. 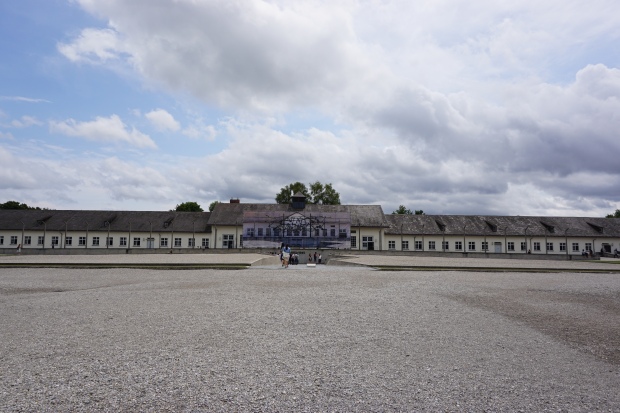 Two of the 34 bunkers have been reconstructed and contain exhibits. There are concrete footers and trees planned along the path of where the other 32 bunkers once stood. The path leads to three memorials: The Protestant Church of Reconciliation, The Catholic Mortal Agony of Christ Chapel, and The Jewish Memorial. 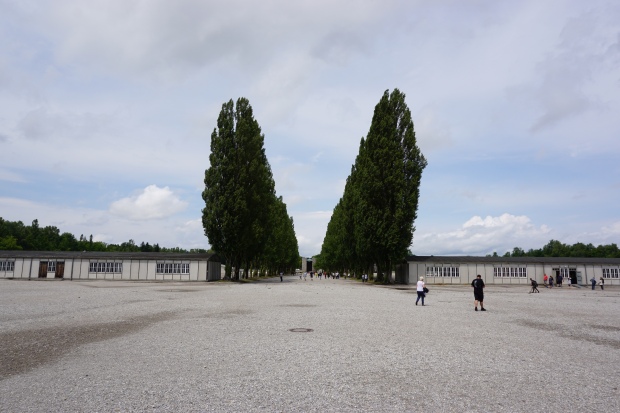 The last part of the visit is to the crematorium which includes a Russian Orthodox Chapel and a statue of the unknown prisoner. 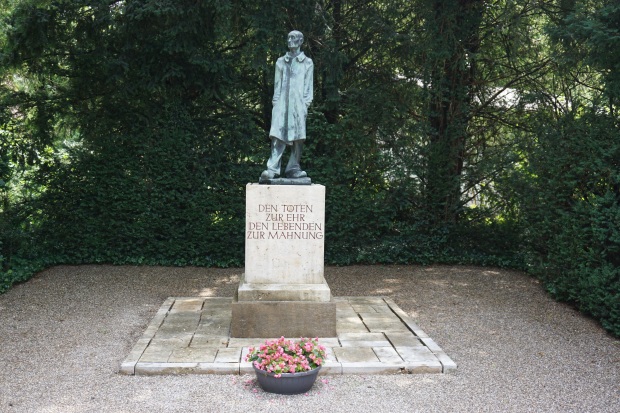 Dachau Statue of the Unknown Prisoner