January brings a new year of Disney fun! This year we started the year out with EPCOT’s International Festival of the Arts as well as a visit to the Animal Kingdom.

We started our weekend out with an evening enjoying the Animal Kingdom. After entering the park we made our way to the new Pandora area of the park. This was our second visit to Pandora. This area of the park definitely attracts the most amount of people, it is easy to find your way there – just follow the crowd.  We walked around the area killing time until we could ride the Na’vi River Ride with our FastPass.

The Na’vi River Ride is a It’s a Small World style boat ride – very calm and sedate and you enjoy the story being told to you as you pass through the “river”. The lighting and effects used on this ride are impressive, as is the larger than life shaman at the end of the ride. Not being a huge fan of the Avatar movie and only having seen it once I can’t tell you a lot about the significance of this ride or the story being told. All I know is it is a pretty and fun ride.

We did not go on the flying banshee ride. As is posted on many boards now, there are some rider size restrictions. You have to be physically able, not too tall, and not to portly to ride this ride. They now have a sample car/bike that serves as the ride car outside the ride so you can make sure you fit or don’t fit on the ride before spending hours, yes hours, in line for this ride. Both my husband and I are too tall for this ride. I’ll have to leave it to movie effects to imagine what it is like to ride a banshee – if I ever feel the need to know what that feels like. 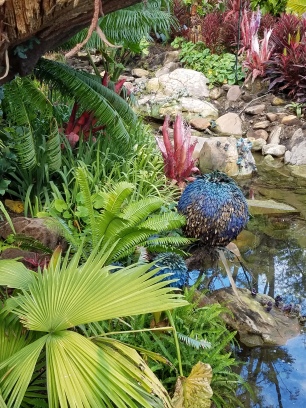 We had dinner at the Satu’li Canteen in Pandora. We both had the steamed cheeseburger pods. This is exactly what they sound like – dough balls stuffed with a cheeseburger mixture. We then enjoyed a pineapple blintz type item at the Pongu Pongu Lounge for dessert. My husband also enjoyed a green beer!

After exploring Pandora we were off to our next FastPass for the Rivers of Light water and light show. This was a great show. It lasted about 20 minutes and is just a cool show and way to have a night show without fireworks that would bother the animals.  You definitely need a FastPass for this show since that lets you sit in the grandstands for the show. If you don’t have a FastPass you basically watch the back of the show from across the lake.

We closed out the night with a night safari on the Kilimanjaro Safaris. This was a little disappointing. We had just watched a Travel Channel show on Animal Kingdom recently that way over-sold this night time experience. We basically saw outlines of animals standing or sleeping in the park. The only animals that were awake and active were the lions. The guide went on to tell us that nightfall is when the lions are most active, hungry and hunt. We didn’t stick around there for too long!

Saturday saw us at EPCOT for the second year of their International Festival of the Arts. We attended this last year and really enjoyed it and were anxious to see this again. As with the Flower and Garden and Food and Wine festivals there are several “huts” up around World Showcase selling food from the country they are representing. Since this is an art festival the food is presented in an artful way. You also get to become a part of art!

Throughout the park there are stands set up featuring all kinds of Disney art. This is a fun Festival to walk around as you get to see all kinds of style of art. Some artists have taken a very cartoony approach to incorporating the parks and characters into their art, while others are much more sophisticated or abstract. Last year we purchased a painting that incorporated Mickey and Minnie into the hustle and bustle of Times Square. We passed on any purchases this year, but still enjoyed the art.

We didn’t eat too much from the food huts since we had lunch at the French restaurant in the France pavilion. We enjoyed bread, cheese, steak frite, and duck breast for lunch along with the memories of our trip to France to last year, and dreams of future trips to France. 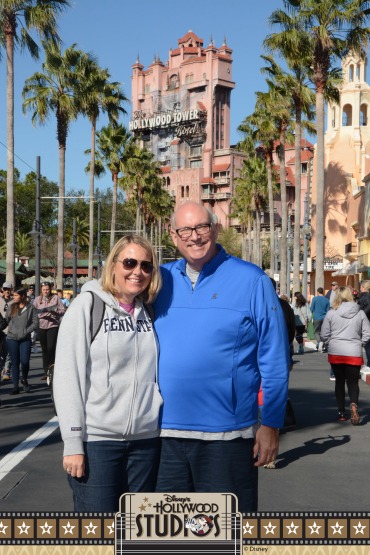 On the chilly Sunday we headed to Hollywood Studios and our new #1 favorite sport to catch a drink, snack and relax – the Baseline Taphouse. The only disappointing element was the changeover of their cider from a pineapple cider to a blood orange cider. Quite frankly it was gross. It was like a blend of grapefruit juice and carbonated apple juice. I hope they get rid of that flavor fast!

Much of this park is under construction making way for the new Toy Story Land opening this summer and the much anticipated Star Wars Land next summer.  We passed on any of the remaining rides that are open in favor of some shopping, a latte, and a sweet treat for the ride home (a cookie!).

We always enjoy January in the parks. It is generally less crowded, a little cooler, and now with EPCOT’s Art Festival a beautiful time to soak up all that is Disney!

2 thoughts on “An Artful Weekend in Disney”