Every year we make sure one of our fall visits to Walt Disney World is a Halloween themed weekend. For this year we stayed at Disney’s Beach Club Resort and attended Mickey’s Not So Scary Halloween Party at the Magic Kingdom. 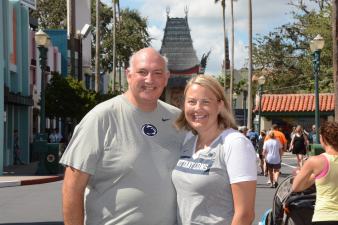 We started our weekend out at Disney’s Hollywood Studios. We love the “old” Hollywood/California feel of this park with the art deco themed buildings and signs along Hollywood and Sunset Boulevards as you enter the park. This park is currently undergoing a lot of re-imagining with work being done to complete a Toy Story themed land for next summer and a Star Wars themed land for 2019. The Great Movie Ride in the replica of Grauman’s Chinese Theatre closed this summer to make way for a Mickey and Minnie Mouse themed ride. 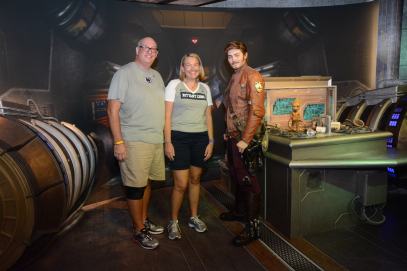 After grabbing a bite to eat at Fairfax Faire on Sunset Boulevard and staring at the sweet treats (but amazingly not eating) in Sweet Spells we were off to see the newly updated “Walt Disney Presents” exhibit. This is a small exhibition area we have always loved. For fellow Disney buffs, it walks you through Walt’s life, inspirations, and achievements that culminated in the Walt Disney Company we know and love today. This area now includes a full model of the new Toy Story Land and a portion of a model for the new Star Wars Land. Tucked away in the back is an area to Meet Star-Lord and Baby Groot from Guardians of the Galaxy Vol. 2. Baby Groot is the cutest interactive animatronic ever!

We arrived at the Beach Club with some time to spare before for our dinner at the Yachtsman Steakhouse. We spent that time enjoying the awesome sand-bottom pool that the Beach Club shares with the Yacht Club Resort.

You can never go wrong with a dinner at the Yachtsman Steakhouse. This is our personal #1 restaurant on Disney property. From checking in with the ever-present, always cheerful Marje to our amazing dinner the night was great. As Florida residents and Annual Passholders we have invested in a Tables in Wonderland membership. This allows us to enjoy 20% off food and beverage (including alcohol) at most Disney restaurants. This makes the cocktails, wine, cheese, rolls, and steaks taste even sweeter! Since we were going to the Halloween Party the following evening and were stuffed we skipped dessert.

After another day spent relaxing at the sand-bottom pool we were off to the Party! 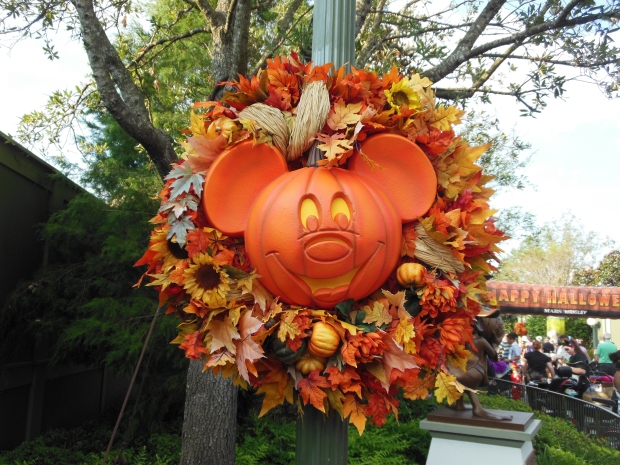 The Halloween Party is a separately admission, ticketed event at the Magic Kingdom Park – not available on a regular park ticket. Halloween party tickets officially give you access to the Magic Kingdom from 7pm – 12am (the park is closed to everyone else). Unofficially, you can enter the Park starting at about 4pm on the party ticket. As Passholders we are able to enter at any time. All party guests receive a wristband to indicate they have paid admission to the party. If you are not wearing a wristband at 7pm you are not admitted on rides or in stores and restaurants. Before the first parade of the evening there is a wristband check. People without bands are politely and efficiently directed out of the park.

This year, Disney added “Magic Shots” to several PhotoPass locations. We made it point to get to most of these locations. What fun to get the pictures later with little bits of magic added! This and watching the parades and fireworks took up much of our time over trick or treating and ride riding this year.

Mickey’s “Boo to You” Halloween Parade is a great parade. We love seeing classic characters all dressed up to trick or treat. We also enjoy some lesser seen and known characters such as Clarabelle Cow, Wreck-it-Ralph, Vanellope von Schweetz, and the Villains on their own floats. The parade also includes elaborate Pirates of the Caribbean and Haunted Mansion segments. I believe the Haunted Mansion Grave Diggers are a universal favorite.

The parade is followed by the “Happy Hallowishes Fireworks” show. We were lucky enough to find an intrepid PhotoPass photographer who was taking pictures during the show.

In addition to riding rides, getting lots of pictures, the parade, and fireworks we did some trick or treating. There are 13 (lucky) trick or treating spots around the park. We received a bag at the entrance to the park. By the end of the night a bag will be full of name-brand treats. The only drawback is on a warm night in Florida our chocolate treats were a little soft! 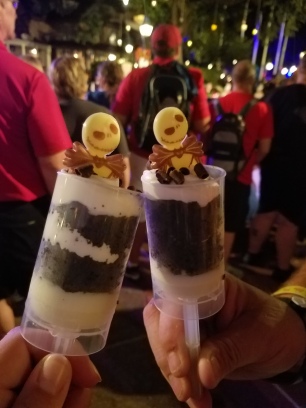 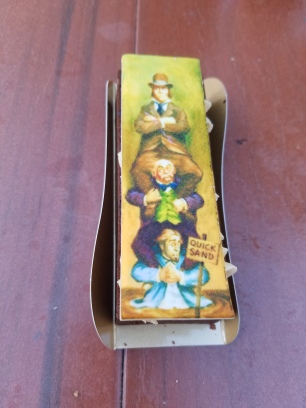 Finally (you do get a lot for your ticket fee), there are specialty food items available exclusively during the party. This year there are Jack Skellington push-pop style desserts, Haunted Mansion portrait brownies, pumpkin cheesecake domes, and candy corn soft-serve ice cream. We tried the decadent Haunted Mansion peanut butter brownie available at Liberty Square Market and the fun Jack Skellington push-pops. Both were delicious and well worth the calories.

In addition to all I have already mentioned, I left out there are a limited quantity of tickets sold for the event. Though the park is far from empty – it is held at a lower capacity. This allows for very limited to no wait times for rides. We literally just walked on the Haunted Mansion ride as well as the Little Mermaid ride. Some rides like the Seven Dwarfs Mine Train have a short wait time of 30 minutes, better than the 60-120 minutes you face during regular park hours.

We love Halloween at Disney and have made the party an annual tradition. We highly recommend incorporating a visit to Disney and the Halloween party into you plans if you are here in August (yes, the party started 8/25/17 this year), September or October.