On our way back into Paris from Chartres our GPS routed us by Disneyland Paris. We live in Florida and are Walt Disney World annual passholders and fans, and have been to Disneyland in California. We felt this was a sign we were meant to add one more Disney park to our list of places to visit!

The auto route marks the directions to the park very well. We pulled up to a parking lot entrance a lot like the entrance to Florida’s Magic Kingdom to pay for our parking. As we drove in we started to realize we weren’t in Florida anymore. There were weeds in the parking lot and the lot looked like it needed some TLC, new curb painting, etc.  We walked to the Park area, and purchased a one day park hopper ticket. There are two parks in Paris – Disneyland Park and Walt Disney Studios Park. 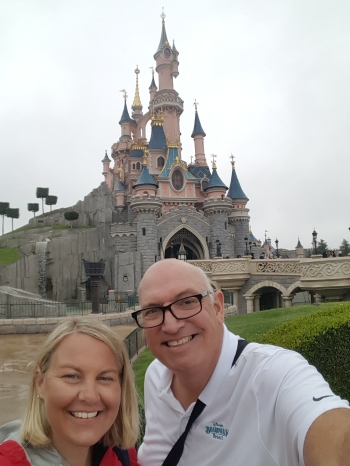 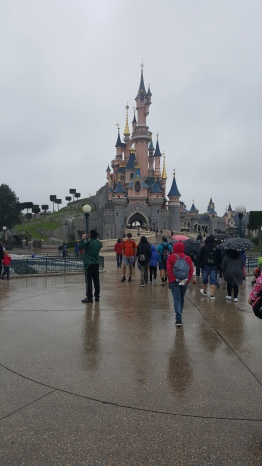 We started our visit in Disneyland Park.  Since we had about five hours to do two parks so we could get into Paris on time, we decided to walk a loop around the park and only try to do rides that were unique to Paris. Our first ride was the Phantom Manor, Paris’ version of The Haunted Mansion.  This ride is much darker and scarier than either American Haunted Mansions. It is well known by Disney fans that two imagineers were charged with developing The Haunted Mansion – one wanted a dark ride and one a lighter ride. They could not agree on one theme, which explains why the American rides start out dark and end on a lighter note. The Phantom Manor was definitely created with a united vision to have a dark ride. 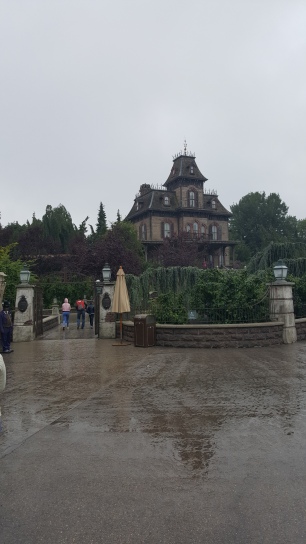 While I was Wandering: Phantom Manor Disneyland Paris 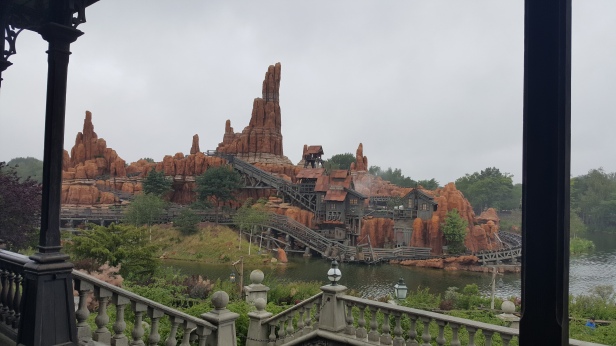 Pirates of Caribbean was closed for refurbishment – a well publicized removal of the wench auction was underway. There are many other pirate themed areas around the park. I was able to enjoy a crepe in this area – it just added to the charm of being in a Disney park in France.

We had lunch at Toad Hall. “The Toad” is not represented in Florida, so this was a special treat for us as we are Toad fans who enjoyed the Toad ride in California. This is a popular quick service with limited seating.  We had to be patient waiting for a table, which paid off.

We toured Sleeping Beauty’s Castle, which was a treat for us as you usually can’t walk through the Castle in Florida. The story of Sleeping Beauty is “told” through illustrations on the second floor that you walk around and end up on a second floor outdoor deck looking out to Fantasyland. We then went in the cellar/cave to see the dragon that is sleeping there. Of course, once in awhile the dragon stirs, be sure to catch that!

We shopped Main Street, much like the Main Street in America. We bought a few unique souvenirs and then headed over to the Walt Disney Studios Park. 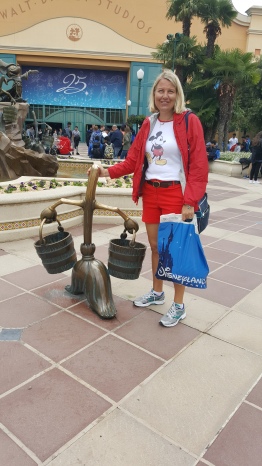 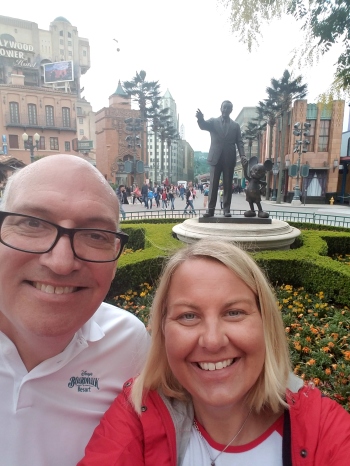 Our primary goal in visiting the Walt Disney Studios Park was to ride the Ratatouille ride. We went over to the ride and waited about one hour and 20 minutes for the ride as the fast passes were all gone for the day. Once on the ride it was awesome! We felt like we had been shrunk to the size of a rat and were in the kitchen that is featured in the movie. We were whisked all over – under a hot stove, brushed away by a broom, hit by a runaway champagne cork, and chased by Skinner.  It was so much fun. When we got off the ride we commented it would be great if this came to Florida – our wish was granted a few weeks later when Disney announced the ride is coming the France pavilion at EPCOT. 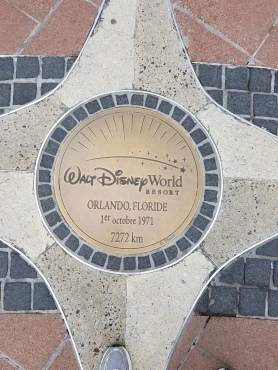 While I was Wandering: Disneyland Paris, time to go home

We took a peek at the Toy Story area at this park to see if it would look anything at all like the Toy Story Land coming to Hollywood Studios in Florida.  This area is very well done, making us even more anxious for the Land to open in Florida.

We grabbed a snack in the Front Lot area that includes stores and a variety of quick service restaurants and then headed out. As you leave the park areas you are kind of dumped in the Disney Village (think Downtown Disney (CA), Disney Springs (FL)) area. This was pretty congested and just felt a little dirty, so we chose to skip this part of the Park and head to Paris.